This experienced Conductor, Artistic Director, Music Educator and Adjudicator has had a career hallmarked with excellence over the last twenty years, having conducted over forty orchestras and eight choirs. After conducting a successful concert with the Maroondah Symphony earlier this year, the orchestra have engaged Gyula Cseszkó (M.Mus [Melb.] Grad.Dip.Ed), for four more concerts in 2022. 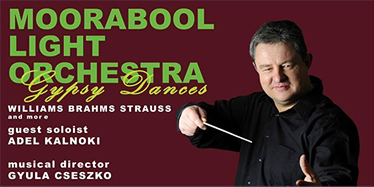